The Birth of YHWH from Nina Paley on Vimeo.

In a recent essay, I wrote:

God used to be female. All of Her attributes were taken over by the male God. Creation, fertility, vegetation, the bringing forth of food, life and death â€“ all that was once the Goddessâ€™s is now Godâ€™s. Itâ€™s like the male God put on Her clothes, and then â€œidentifiedâ€ as Her, and thereâ€™s no Goddess any more.

This short clip began as an attempt to illustrate that.

Directed, animated, designed, etc. by Nina Paley
Hebrew consultant: Aharon Varady
Subtitles on everything except the repeating end verses, because I manually typedÂ my first ever SRT file at 5am

Male/God: IT’S STRANGE
I DON’T KNOW WHAT IT WILL BE LIKE FOR ME TONIGHT
I LOOK AT YOU AS I DID THE FIRST TIME

M: I DON’T KNOW HOW ELSE TO TELL YOU

M: BUT YOU ARE THAT BEAUTIFUL LOVE STORY
THAT I WILL NEVER STOP READING.

M: YOU ARE ALWAYS MY ONLY TRUTH.

F: BUT THE TIME FOR DREAMING IS UP
MEMORIES ALSO FADE
WHEN WE FORGET THEM

M: YOU ARE THE WIND THAT MAKES VIOLINS SING
AND YOU CARRY THE PERFUME OF ROSES

M: SOMETIMES, I DON’T UNDERSTAND YOU.

F: THANKS, NOT FOR ME
GIVE THEM TO SOMEONE ELSE
WHO LIKES THE WIND AND THE ROSES’ PERFUME
TENDER, SUGAR-COATED WORDS
TASTE SWEET ON THE LIPS, BUT NEVER IN MY HEART 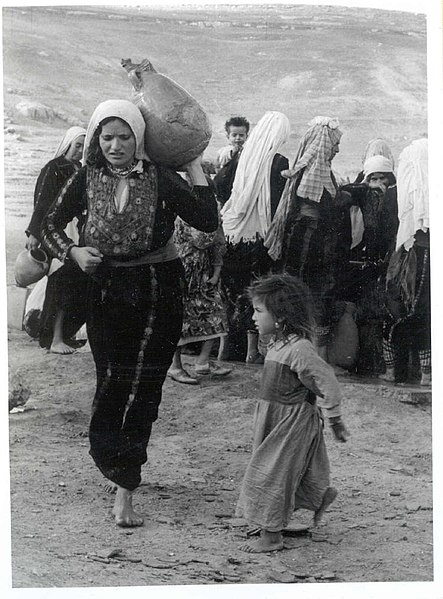 Last week I posted on fecebook â€œIf a person has a penis heâ€™s a man,â€ which led to my widespread denunciation as a â€œtransphobe.â€ Iâ€™ve written about this before, and anyone paying attention should know better, but I nonetheless commented this:

No matter how many times I state that I have trans friends, was standing up for trans people before the current crop of MRA “transactivists” was even born, and continue to defend the human rights of trans people, people accuse me of the opposite. I tire of defending myself, and it makes no difference anyway. I hated seeing the trans movement get taken over by misogynistic men’s rights activists; I hate seeing the misogyny of the “left” growing. I am witnessing a new, deeper, “postmodern” colonization of women. I bear no ill will towards trans people and like and love several; my concern is for WOMEN, especially those who aren’t white liberal middle-or-upper class, and especially lesbians. When an aggressive white male comes here and declares “I’m a dyke!”, and other liberal men gather round to support him, I see this colonization in action.

Do stick around, it takes a while to see, but I promise you I didn’t get to this place out of ill will. It’s so easy to just say “trans women are women!” and not deal with anyone’s hate. I’m resisting for a reason.

What do I meanÂ byÂ colonization? IÂ mean the literalÂ occupation of womenâ€™s spaces – rape shelters, prisons, locker rooms, bathrooms, swimming holes, and women-only events that women have fought very hard for. By men. Physically. But a huge component of this colonization is mental, existing in the realm of ideas and “identity”. What is a woman?Â

In American Liberal thought, colonization is bad. But immigration is good. And taking in refugees is doubleplusgood. This is why Americans backed the Zionist colonization of Palestine. Israelis werenâ€™t regarded as colonizers; they were refugees! And Palestine wasnâ€™t even inhabited, not really. It was a land without a people for a people without a land. The only reason you could possibly object was if you were ANTISEMITIC. Even if you were Jewish yourself, you self-hating Jew!

Taking in trans â€œrefugeesÂ from masculinityâ€ is also doubleplusgood. This is why Liberals back the modern transactivist colonization of womanhood. â€œTranswomen,â€ who I will henceforth refer to as trans-identified males, or TiMs, arenâ€™t regarded as colonizers; theyâ€™re refugees! And womanhood isnâ€™t even inhabited, not really. Womanhood is a â€œland without a people,â€ because women arenâ€™t viewed as people. Weâ€™re an open space for men to define.

What is the difference between a refugee and a colonist?

A colonist has guns and the backing of another state.

Unlike yesterday’s transsexualsÂ – those “refugees from masculinity” – today’s TiMs have penises and the backing of Liberal Patriarchy.

My trans pals of the 90â€™s didnâ€™t have todayâ€™s backing of Patriarchy. It was riskier to be trans then, even among Liberals. TheyÂ more resembled refugees, and I welcomed them. They also either didnâ€™t insist they were women, or if they did insist they were women,Â they ‘disarmed’, if you will, by actually going through genital surgery. Today’s TiMs proudly keep theirÂ penises and testicles and demand to have them acknowledged as “female body parts”.

Men’s Rights Activists eventually figured out they could eliminate the middleman – transsexuals – and colonize women themselves. This fits nicely with regular old run-of-the-mill male dominance. Heterosexual men “identify” as lesbians, and patriarchal Liberals enforce women’s compliance. Women are not to resist or even question this program. To write, “if a person has a penis he’s a man” is an act of resistance so powerful, it will get you widely denounced and blacklisted.

You know what else would get you denounced and blacklisted in recent decades? Questioning or criticizing the State of Israel. The thought-terminating memes, the refusal to discuss, the disproportionate outrage are all familiar to my anti-Zionist activist friends.

Under the spell of American Zionism, no right-thinking Liberal believed atrocities were happening in and on behalf of Israel. No matter how much evidence activists produced, Zionist Liberals always downplayed it, or ignored it, or justifiedÂ it because whatever the Palestinians were doing was surely so much worse. Likewise, no matter how much evidence feminists produce, of death threats and rape threats, of actual physical violence, of blacklisting and purging and no-platforming, we are dismissed as â€œtransphobic.â€ Even when the people presenting the evidence are trans, such as Miranda Yardley and Jenn Smith.

Of course no males would be â€œrefugeesâ€ if they had a home in the male sex class. But itâ€™s in Patriarchyâ€™s interest to simultaneously marginalize and support trans people, just like itâ€™s in Europeâ€™s and Americaâ€™s interest to simultaneously marginalize and support Jews. The marginalization drives the pressure of expansion. When people are secure in their homelands, they donâ€™t emigrate. Itâ€™s the tired, the poor, the huddled masses yearning to be free that up and move to a new land. Without antisemitism, the â€œwestâ€ would have no colony in the Middle East. Without patriarchal gender enforcement, TiMs wouldnâ€™t beÂ spearheading the further colonization of women. So men simultaneously threaten TiMs, and demand theÂ protection of TiMs as â€œthe most oppressed.â€ That male-imposed marginalization is what drives the whole project.

Trans people themselves are a tiny fraction of the population. So why are language, laws and institutions being changed just for them? Because itâ€™s not just for them, itâ€™s for all men. TiMs are the â€œsettlersâ€ of the latest patriarchal colonization project.

Both Zionism and transactivism have a religious component. In Zionism itâ€™s the Torah/Old Testament, which simply states that God gave the land to the Jews, His chosen people. In transactivism itâ€™s gender identity, as summarized by Miranda Yardley:

Philosophical analysis aside, the reality is that the concept of gender identity collapses into the statement â€˜trans women are womenâ€™, and this is the foundation of most of their other claims to rights, spaces and validity. It is also the single most defended claim in transgender ideology, so much so that no debate is allowed.

IÂ oppose gaslighting. IÂ oppose requiring others to deny the evidence of their own eyes andÂ identify someone else as a sex they are not. Not because trans-identified males donâ€™t â€œdeserveâ€ to be called women. But because they arenâ€™t women. â€œWomanâ€ is not a club or a prize or a reward. Itâ€™s a sex.

But itâ€™s treated like a club and a prize and a reward. And like anything of value intrepid males â€œdiscover,â€ it is being colonized.

Women are not a land without a people. Women have always been people, even if menÂ don’t acknowledge that. The trans colonization project is essentially misogynist, and is popular among male Liberals for this reason.

Why do I care?

Believe me, if I could not care about modern transactivism, I would. I think it’s my Muse’s doing, because my film Seder-Masochism is about the same story: the colonization of women.

God used to be female. All of Her attributes were taken over by the male God. Creation, fertility, vegetation, the bringing forth of food, life and death – all that was once the Goddess’s is now Godâ€™s. Itâ€™s like the male God put on Her clothes, and then â€œidentifiedâ€ as Her, and thereâ€™s no Goddess any more.

Our connection to ancient goddess worship is completely broken. Thereâ€™s some art, and some ruins, and some echoes in myths and fairy tales, but we have no idea how these religions were really practiced. Modern western goddess-worship is re-built, re-invented, and re-imagined; it is immature, instead of building on thousands of years of tradition.Â

The establishment of YHWH as the One, Male God effectively erased the Goddess, andÂ most don’t even know enough to grieve. We sense there’s something missing, butÂ most can’t even name it.

Gods and Goddesses are fictional, of course. Whatâ€™s happening now is a continuation of the erasure of the Goddess: the erasure of womanhood itself. The erasure of biological reality isnâ€™t only of concern to biological women, but to everyone who values science and some relationship to reality beyond individual â€œidentity.â€

WomanhoodÂ is a biological reality. Thatâ€™s it. Itâ€™s not an identity, a prize, an â€œexclusive clubâ€, or a land to be conquered. The more men regard womanhood as any of those things, the more inclined they are to colonize. Patriarchy regards women as property already, with disastrous consequences.

And if a person has a penis heâ€™s a man.

If youÂ think that’s “hate speech,” the colonist is you.

The Colonization of Womanhood

Liberals and the New McCarthyism

On Trans-identified Females: binders and misogyny

Current state of discourse on gender in the UK